OBC: On Board Computer 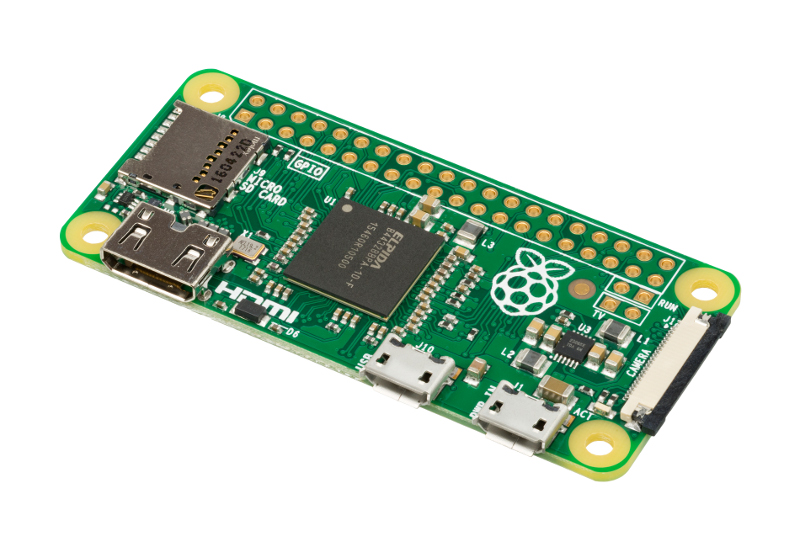 On Board Computer (OBC)

The On Board Computer, or OBC, is the brain of the satellite and has different missions such as the coordination of all the actions, sending orders to the different modules, the reception and storage of information of the CubeSat, sending this information back to Earth via the TCS error handling within the CubeSat.

The OBC is divided into three subsystems which are Microcontroller, Interfaces and Electronics.

The Microcontroller is a processing unit of the OBC dedicated to the Satellite Management (SM). Its has to manage the data from other modules collected through the interface and to use it to give orders.

The interface subsystem is responsible for the communication with other modules. It ensures a good connection with other systems of the satellite and allows them to send information. It is also in charge of collecting the power supplied by the EPS. The microcontroller is in charge of the storing system data, operation data, logs and measurements.

The electronics subsystem protects all the electronic components of the OBC chip from radiation and magnetic fields. It also prevents destructive noise on the signals processed within the OBC.

State Of The Art OBC

The goal of the state of the art is to establish an inventory of the existing technologies and to see their underlying potential of their utilization in the project. .

Compostion of the OBC

OBC is the brain of the CubeSat. It is based on a microcontroller connected to the subsystems via a serial data bus and HW device. A real time OS (RTOS) that manages all the software applications, starts the microcontroller and provides the flight software CubeSat (FSW).

To select the best microcontroller, we have to take care about many things such as power consumption, temperature, operating voltage, I/O and serial bus compatibility to avoid some issues

Microcontrollers are available from different manufacturers in variants supporting 8-bit, 16-bit and 32-bit word length. 8-bit and 16-bit architectures were favoured in CubeSat technology because many of the embedded and real time applications at the time were not critically dependant on memory, power or speed and the amount of data to handle was sufficient.

With time, more products and applications started to require increased processing capability. It became clear that a migration from 8 and 16-bit to 32-bit core architecture was necessary, although the complexity remained an issue. This is why for the moment there is more CubeSat’s OBC developped with a microcontroller 16-bit.

The software component controls the processor, its operation and control functionality. A real-time operating system (RTOS) is a multitasking operating system for real-time applications. RTOS such as: FreeRTOS (Advantage: free, open source, lightweight, reliable, compatible with MSP 430 microcontroller type). This is the OS used by the Liege University students for their CubeSat Oufti.

Architecture of the OBC 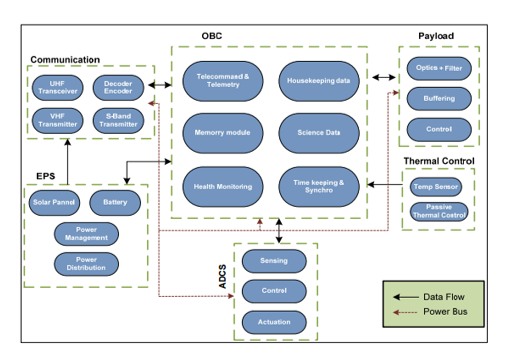 The OBC architecture is essentially based on the connectivity between subsystems within the CubeSat. This simply means that the microcontroller’s peripherals are configured according to the data flow within the CubeSat’s computing scheme.

Onboard computer of the cubsat

Since the OBC is such as a computer, the components to size are everything about calculation power and memories. The ROM, the RAM, the OS, the microcontroller, but also the communication protocol have to be size.

The microcontroller will run on 3.3 V to save power consumption and to fit with other CubeSats experiments.

The Random Access Memory (RAM) has to be able to keep working without damage its data under radiation and high temperature. We chose to implement the OBC and the ADCS on the same electronic card to save space. For this, the RAM must meet the OBC and ADCS modules needs. We consider all program data for the two modules will need no more than 4MB.

A static RAM, or SRAM, will be used on the board since it consume less power.

The ROM used will be both flash memory and EEPROM. The Flash memory to store programs and data and the EEPROM to hold the program that would be launched if the OBC has to shut down due to energy/malfunction issues.

A big number of OS exists for embedded systems. But, for CubeSats, there is only two different OS mainly use. FreeRTOS and Salvo.

There are three phases of algorithms:

There are three loops, one for each algorithm. Each loop has a quick main with a watchdog protection and a stack for CubeSat states to avoid blocking calls. 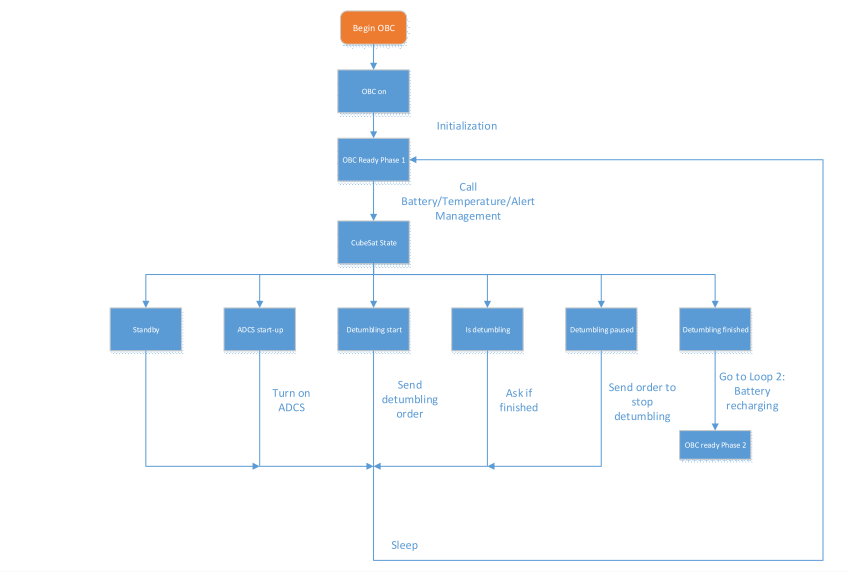 This loop is executed when the CubeSat is under sunlight. 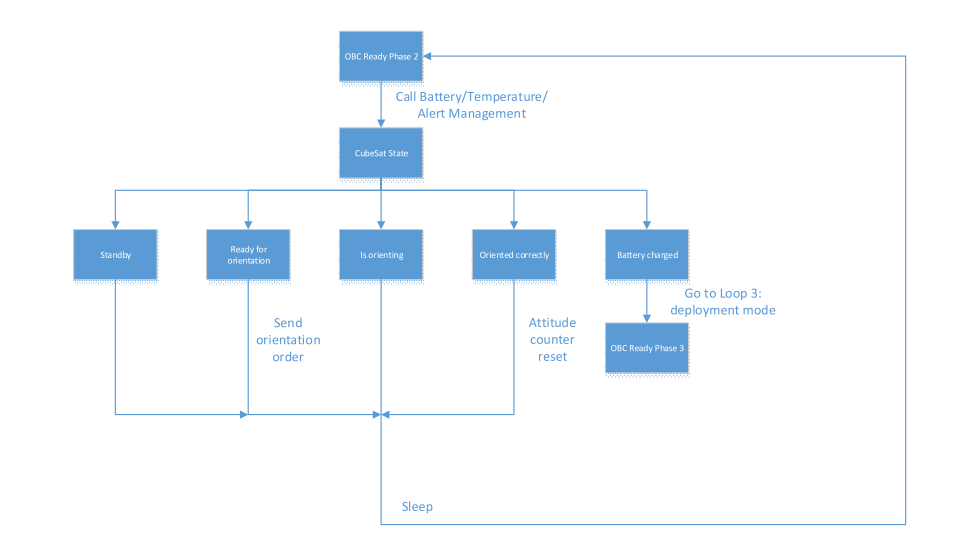